Continuing on with our series on the new Revised Healthy Canteen Strategy, we thought it prudent to provide information on what sorts of foods are classified as “Everyday” and those that are “Occasional” foods.

These two categories are the main elements of the Strategy and are our starting point for items to be included on our menu or for sale over-the-counter at the Canteen.

The following information has been extracted from the website of the Healthy Kids Association of which your P & C is a member. For further information, please go to www.healthy-kids.org.au.

EVERYDAY foods are the foods on the plate of the Australian Guide to Healthy Eating. They include foods from the five food groups including vegetables, fruit, dairy such as milk, yoghurt, cheese, bread, rice, pasta, lean meats, fish, eggs, nuts and legumes. These foods form the basis of a healthy diet and should be eaten every day.

What are EVERYDAY food and drinks in the canteen?

OCCASIONAL foods and drinks will be selected carefully as they are mostly high in saturated fat, sugars and/or salt and often with little nutritional value. These foods aren’t on the plate of the Australian Guide to Healthy Eating. They should be eaten only sometimes and in small amounts. 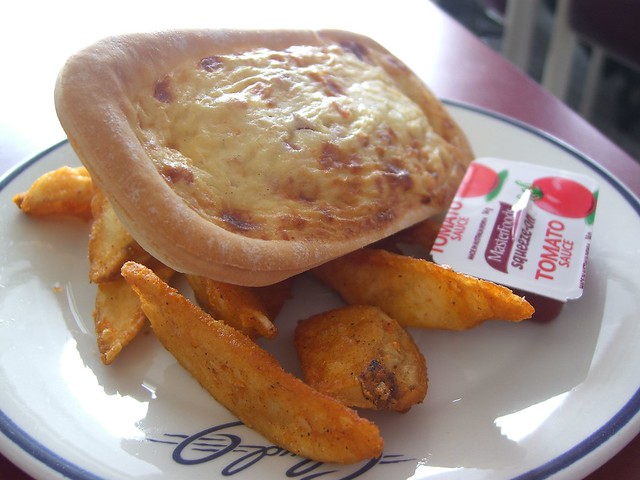 What are OCCASIONAL food and drinks in the canteen?

When a menu item includes any OCCASIONAL foods, it makes the menu item OCCASIONAL. However, you can encourage healthier choices by teaming up our OCCASIONAL foods with EVERYDAY foods. For example, team chicken tenders or nuggets with a side salad.

The Strategy isn’t simply about categorising foods as everyday and/or occasional. Once we have identified everyday and occasional items on the menu we must then balance the menu in each category (i.e. drinks, snacks, icy offering, cold lunch, hot lunch etc.,) to 75% Everyday Foods and 25% Occasional Foods.

This is no easy job as you must look at the ingredients of each item and ensuring that it adds up to 75% Everyday and 25% Occasional!

Phew! And this folks is only the first element of the new Strategy! Our next posting will look at the remaining elements of the strategy that is the Health Star Rating (HSR) and portion sizes!

If you would like further clarification, please don’t hesitate to ask our Canteen Supervisors or email us using the comments box below! We would love to hear from you!